Review of Unholy Embrace Five Neil Benson _ BK Walker books by
An excellent story that shows readers in a paranormal and supernatural way that no matter what happens, and how terrifying obstacles can be, love between mortals and immortals can overcome anything.

The story starts when Frank and Nessa are on a date and werewolves attack them. The attack causes Nessa to extract her fangs and go 'all -', something Frank had not experienced before.

From then on, back to the beginning - where they met and how their relationship started, and how they reached this point in the story. What follows is Nessa explaining her 400-year-old history to Frank and how she became a vampire in Hungary. It follows her travels to Vienna, Paris, and eventually to New York.

When Frank realizes the consequences and dangers of being with Nessa, can he stand strong and embrace the unholiness of being with a vampire - or will he take the white feather option out and leave to follow a path of normal


Buy the book and find out.
Posted by Neil Benson at 8:01 PM No comments:

Unholy Embrace - Vampire Novel. An immortal vampire makes a mortal man an offer he can refuse.

An immortal vampire makes a mortal man an offer he can refuse. 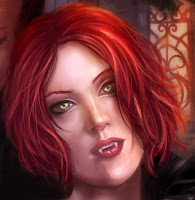 “If you love me, I can offer you a way to spend eternity with me. You would be a formidable foe for anyone.”
I blinked, digesting the offer Nessa had just made. She was playing to my fascination with eternal life. I turned and walked to the living room window, watching the city below, thinking about living through the centuries and experiencing future times I wouldn’t naturally know. Closing my eyes, I imagined a world in which we would always be together. But a dark vision crossed my mind, knowing I would never see the light of day again. I couldn’t give up my humanity to become a vampire. I walked back to Nessa and took her hands in mine. 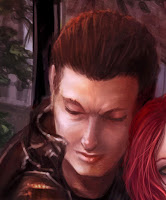 “I need to think about what you offered.” I had to consider what it meant to commit myself to a vampire. I couldn’t base my decision solely on my passion for her.
Nessa watched me, looking for clues to the emotions I hadn’t expressed. “Our feelings for each other are real, but I understand what you are telling me. Do what you must.” Her mouth closed, and her eyes turned downward.
I left her apartment and was walking beside Central Park within ten minutes. If I took too long to decide, our relationship would end.   Nessa’s loneliness had spanned more time than I could comprehend. She’d chosen me, perhaps impulsively, but now I knew how much I meant to her.
When I looked at my watch, I saw that five hours remained until dawn. For once in my life, I where my heart led. I walked south until I hailed a cab, and in a few minutes I was back at her apartment. in minutes or hours but in which we experience our lives. As I stood in front of her door, I knew my decision.
Unholy Embrace Available on Amazon

Frank describes an encounter with werewolves of the worst kind. 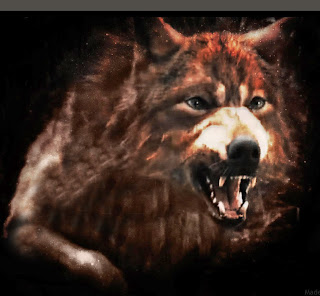 When Nessa ran at the werewolf charging her, they collided and fell to the ground.

The creature staggered from the impact, and she grabbed it by the throat with both hands. It thrust its jaw out, trying to bite her face with its large canines.

She pushed its head back until the creature couldn't reach her with its mouth.

The werewolf grabbed at her arms to no avail as she tightened her grip until she broke its neck. Nessa pushed the werewolf to the ground, stood over it, and snarled. The moonlight revealed blood dripping from her fangs.

I scanned the area to check for more werewolves. Seeing none, I took a deep breath and realized my shirt was wet. When I put my hand to my chest, I felt the warm, clotting fluid mingled with tufts of hair. I was glad my stomach was empty when I gagged. I  to Nessa when I saw her turn and walk toward the other side of the building. I went around the car, following a step behind but parallel to her.

A cloud covering the moon prevented me from seeing what caught her attention. When the cloud passed, the moonlight revealed a huge, heavily muscled werewolf, seven feet tall. The creature growled, revealing -inch-long, curved canines that came to sharp points. The enraged werewolf was the alpha male......

Unholy Embrace is a swift-paced, action-packed novel about the relationship between a mortal man and his immortal female vampire lover as they fight werewolves, vampires, and other creatures in their effort to kill a soul-eating demon.

If this sounds interesting, and I hope it does, please follow the link and read the reviews on Amazon.

Unholy Embrace Available on Amazon
Posted by Neil Benson at 7:44 PM No comments:

Frank, deceived by the demon, opens the door and all hell breaks loose. 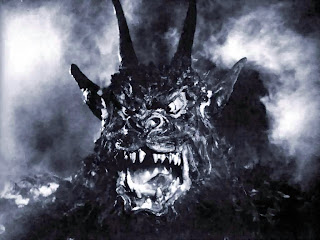 “Frank, I told you not to unlock the door,” Nessa said.

When the demon turned to face her, she reached inside her pocket and withdrew gold powder she threw at it. The demon put its hands in front of its face and shook its head. Nessa threw more powder on the creature and chanted in Latin. The Huli Jing  move, and smoke came off its body and arms. She threw more powder on the demon while she continued chanting. The demon, covered in the fine gold powder, hunched its shoulders while contracting into a tighter mass. As it did so, the smoke continued to increase.

Nessa pulled a silver dagger out of her coat and stabbed the demon in the chest. It emitted a loud, “,” sound. Greenish fluid flowed down its chest, but the hole made by the knife closed up.

She stabbed at it again. This time the demon grabbed the end of the dagger, broke it off, and tossed it away. Nessa clenched her fist.

The Huli Jing shook its body. Some fine gold powder flew into the air, and smoke coming off it decreased. The demon became brighter and brighter until it was almost impossible to look at. The creature hissed at Nessa, and she bared her fangs and snarled.

Her knees buckled, and she pulled her cape over her head. The light created by the demon intensified, and Nessa fell backward into what remained of the doorway. The demon struggled to move towards her, hindered by the remaining golden dust on it.
Posted by Neil Benson at 5:14 PM No comments:

Human Frank Thornton and vampire Nessa hold hands as they walk together at night in Manhattan. He knows his beloved is a centuries old vampire, but has not witnessed at all what that means until this evening. Werewolves attack them, but Nessa overpowers them; shaking Frank with her abilities.

They met three weeks earlier with both attracted at first sight. Now he needs to know why the assault. Nessa honestly thinks a serial killing demon she hunts sent the horde. He thinks about leaving her, but cannot as he loves her though he wonders if she is using her vampiric enchantress skills to manipulate his desires. Still Frank tells her he cannot convert, but wants to be with her. She explains the demon is not her worst nightmare. Her sire, who she killed back in 1627 after he converted her and sucked dry her husband, left behind a raging predator the “widow” who wants to destroy her for killing the Master; Frank is her Achilles Heel.

This is an exhilarating urban fantasy filled with demons, werewolves and vampires; oh, my! Frank is a terrific human who feels as if he fell through the rabbit hole when he fell in love while Nessa is an honest  who tells him the truth. Although there is too much going on with the lead couple as the demon hunters and as the hunted, sub-genre fans will enjoy this tale of blood and romance flowing on the streets of Manhattan.

Posted by Neil Benson at 7:40 PM No comments: 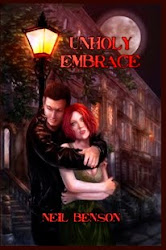 A mortal man and his female vampire lover must fight werewolves,other vampires, and demons to stay alive. 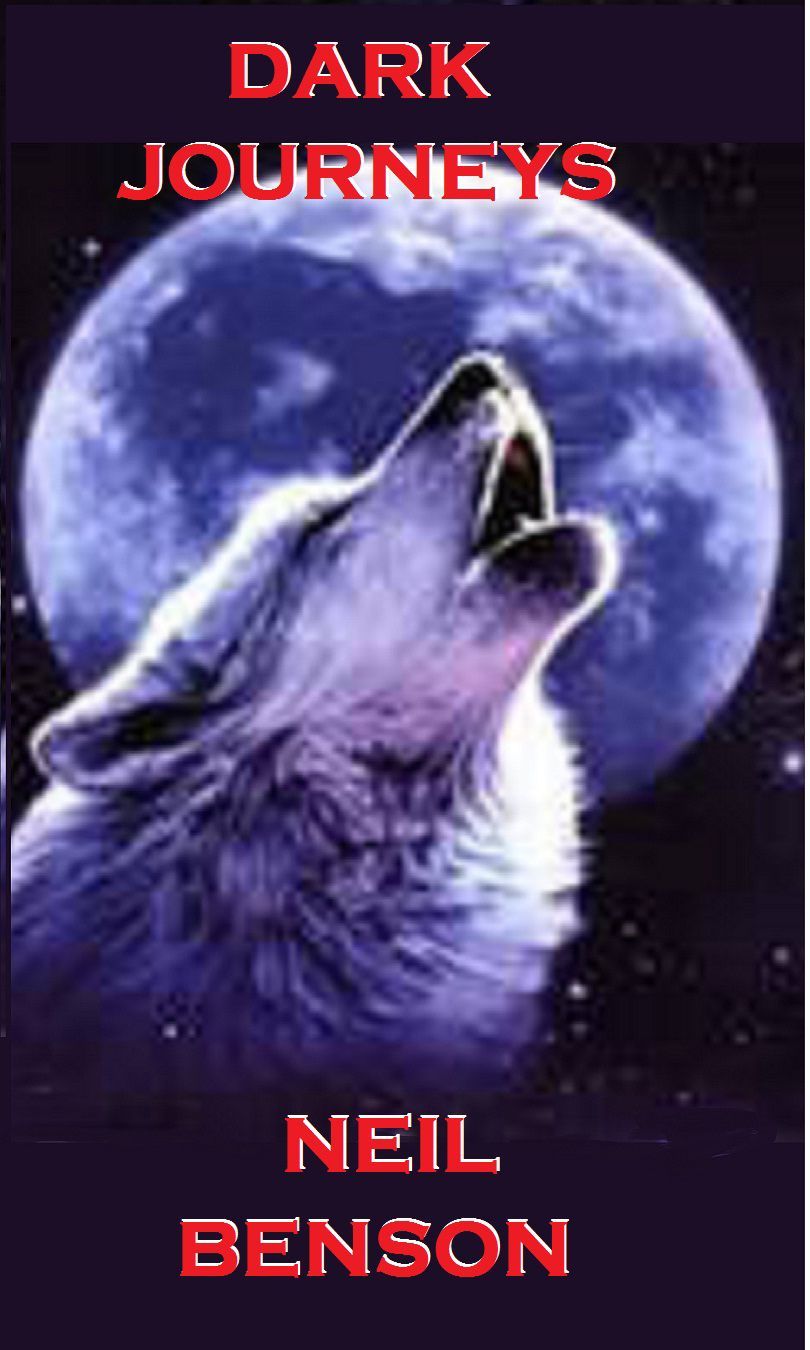 A selection of short stories

Neil Benson
My author's site. My novel, Unholy Embrace, was republished several days ago. Edits were made to polish the grammar and improve the flow of the language. I am working on a third draft of a novel about a Special Forces Officer who returns to his old neighborhood in New York City and finds it under the control of Serbian gangsters.